I love easy recipes that taste great.  Hummus is one of those.  And it’s funny, think about it, when is the last time you thought to make hummus at home?  What?  Never?  Hey, I totally get it…that was me! Hummus just seemed to be one of those items that’s easier to pick up at the store.  Plus, there always seemed to be a little bit of a mystery behind how to actually make it…so I never really thought about making it myself.

Well, I am here to tell you there is no mystery.  It’s a simple, straight-forward recipe that’s going to produce results far superior to what you will find at the store.  In fact, in terms of difficulty on a scale from 1 to 10, I would probably rank making hummus as a “1.”  Yep…that easy.  If you can combine a handful of ingredients in a food processor (or blender) and press the ‘on’ button, you are about two magical minutes away from some of the best hummus you’ve ever tasted!  And in that regard, in terms of taste, this homemade version is a strong 10.

I remember when I tasted homemade hummus for the first time…the way it’s supposed to be.  I was visiting the Middle East and I remember dipping a perfectly warmed piece of pita bread into a bowl of hummus.  It was perfection.  The consistency of it was nothing like I ever tasted before.  Light as air…almost bordering on fluffy.  Definitely smooth and creamy with just a hint of garlic.  Mmmmmm.  Heaven.

I did not always know Hummus that way.  I travel a decent amount and I would always pick up one of those convenient portable tubes of hummus at the airport for a little snack.  Sure, it was super-convenient and there’s something to be said about that…but the consistency was like dry dense peanut butter…and it was grainy.  At some point, I thought this was hummus.  Call me a foodie, once I discovered homemade hummus for the first time, I had to find a new travel snack.

Until now.  I can now whip up a batch of hummus in no time flat, throw a little in a Ziploc baggie and head to the airport with my Samsonite in one hand and my pita bread in the other.  I guess I’m easy to spot…I’m the guy with the pita bread.  😉 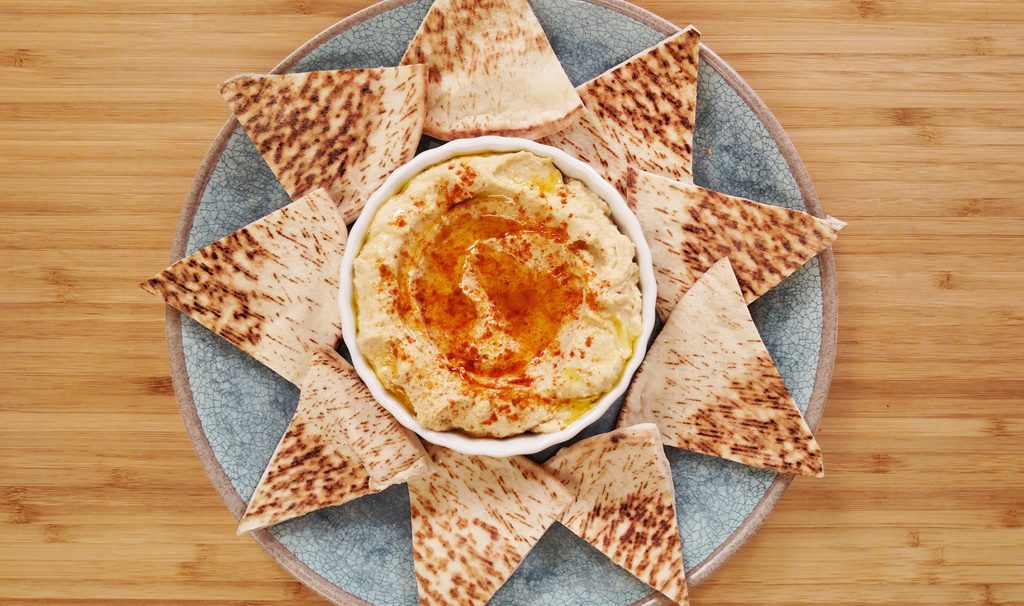 Every time I try a hummus I like, I ask for the recipe.  In putting together the Tiny Kitchen Big Taste hummus recipe, I took bits and pieces from several different recipes to create what I think is a top-notch hummus.  A couple of things about the Tiny Kitchen recipe stand out.  One is the addition of Hot Sauce.  I used Tabasco, but you could use a standard Hot Sauce like you might use to make the Tiny Kitchen Big Taste Buffalo Chicken Wings.  I actually prefer the Tabasco in this recipe, though…and with just a few shakes, it’s not going to bring the heat…just some added flavor.

I also like to add strained Greek Yogurt…just the plain variety.  It adds a creaminess that helps distinguish this hummus.  I think it also balances out the garlic and tones it down a bit so it’s not overwhelming.

Aside from that, just the basics.  In terms of Garbanzo Beans or Chick Peas, as they’re also called, I like to find a brand that comes with the skins already removed.  I am seeing more and more brands that are coming with the skins removed, but you might consider spending a few cents more for the ‘fancy’ variety.  The skins help to contribute to the graininess I was talking about…and as you probably have already surmised, grainy ≠ good.

Once you blend all the ingredients up, you can garnish it with a variety of things.  Some of my favorites are toasted pine nuts and, of course, a little more olive oil.  You’ll also see some red stuff on top a lot of times.  That’s actually Sumac, which is made from drying and finely grinding the fruits of the Sumac plant.  If you can’t find it, just substitute Paprika.  Everyone has that.

Some other toppings could be olives, sundried tomatoes, fresh herbs like mint, basil or parsley…or even ground beef.  That’s very popular in the Middle East.  The sky’s the limit, but I want to hear what you like on your hummus.

And let me know when you try this recipe.  I want to hear how you think it compares to the store bought. 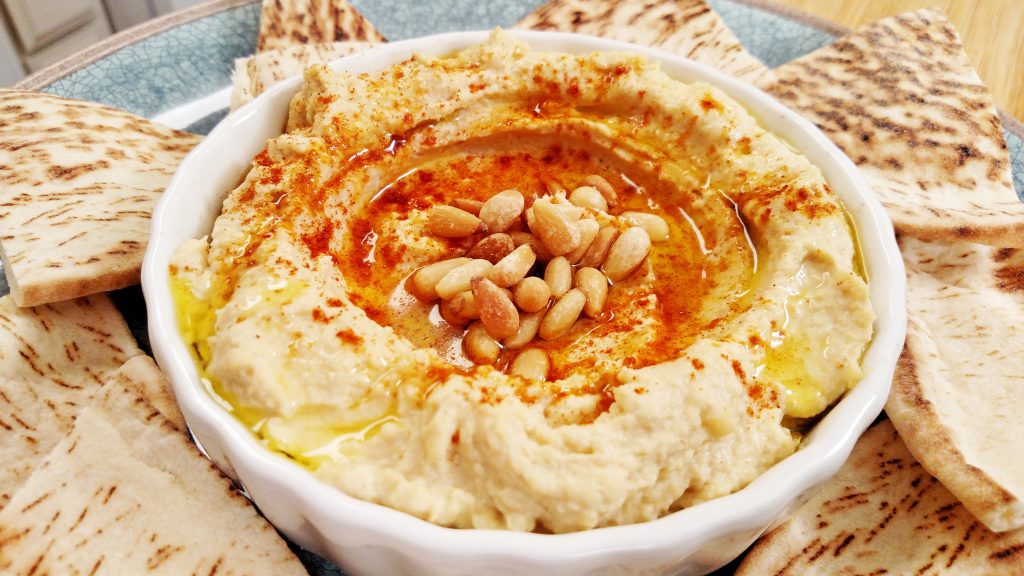 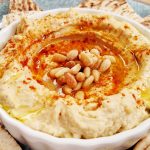 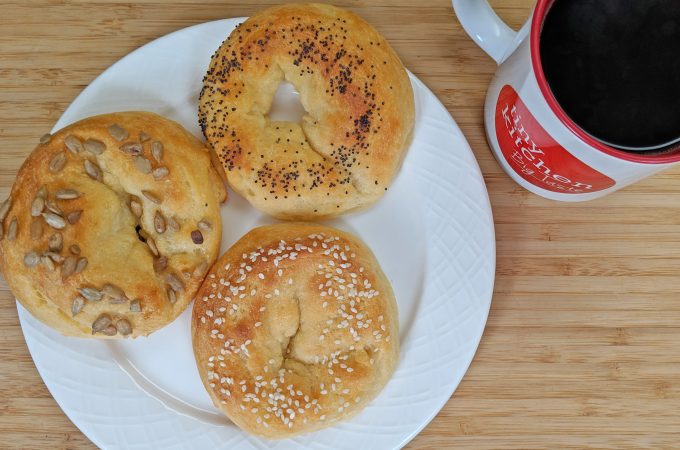 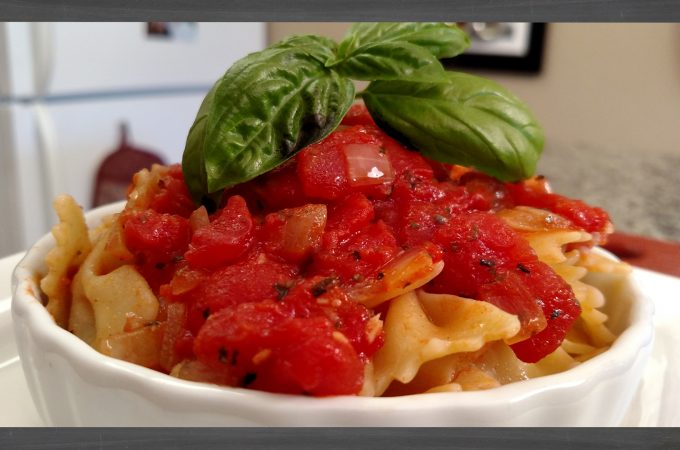