The Galloping Gourmet!  For many of you, those words bring back fond memories of a spirited television chef who would run swiftly into a studio filled to the brim with people, then dash up and down the aisles (glass of wine in hand, of course) greeting the cheering and anticipatory audience, until he ultimately leaped over a chair to perch himself upon a barstool to begin the show.

But this was no ordinary TV cooking show.  This was an experience.  This was entertainment!  This was The Galloping Gourmet!

And because of that, Graham Kerr became one of the best known TV personalities and celebrity chefs in the World and The Galloping Gourmet TV show went on to be nominated for two Primetime Emmys, recognizing the hosting talents of Graham, himself, and the producing mastery of his life partner, Treena, whom he credits with coming up with the iconic leap in an attempt to make him “less boring.”

Ha!  Boring is definitely not a word that I would use to describe Graham.

Almost two years ago, a good friend of mine, Schy, mentioned to me that he had the opportunity to work with Graham Kerr on a video project.  At that time, I didn’t know Schy terribly well but he knew that I was working on launching Tiny Kitchen Big Taste and was gracious enough to facilitate an introduction with Graham.  At that point in early 2016, I had no idea that a little over a year later, I would travel to Washington State and would be standing smack dab in the middle of Graham Kerr’s kitchen, not just chatting with him, but getting to cook with him for a Tiny Kitchen Big Taste episode!  Check that one off my bucket list!

I was a huge fan of TV cooking shows growing up and even though I wasn’t even born when The Galloping Gourmet was on the air, I definitely knew of The Galloping Gourmet persona that I saw on the reruns.  I was a huge fan of how entertaining Graham was on TV.  When I spoke with Graham for the first time, though, I became an even bigger fan of who Graham is in real life.  His genuineness and joy for life is so apparent.  So is his generosity.  He spoke of wanting to “pass the baton” of his ideas and legacy, much like a runner would pass the baton to a teammate.  He recalls a moment in the Beijing Olympic Games where both the Men’s and Women’s US team dropped the baton during their respective relays and the regrets they must have felt missing the opportunity.  He said that he does not want to have those regrets and spoke of the joy he would have passing on his knowledge and ideas into the future.

I was humbled by this desire to serve others into the future.  But, it was also immediately apparent that Graham was one who practices what he preaches.  He demonstrated this desire to serve others in his own life through his love story with his wife, Treena, to whom he was married for almost 60 years.  He spoke on The Rachael Ray Show about being the one who cooked at home and that each meal was a “challenge to be able to find a new way to delight her.”  I just love how his cooking was, throughout her life, an expression of his love for her and a way to serve her in making her life better and healthier.

I can definitely relate to that sentiment and desire to bring joy to others through my cooking and that’s what I hope to share with you through Tiny Kitchen Big Taste.

The time I got to spend with Graham when we were shooting this episode was a real treat.  I wanted to learn from him, to glean every last nugget of information I could about his experiences and to take in all his thoughts and insight on how I can most effectively share my love for people through my passion for cooking through Tiny Kitchen Big Taste.  He was so generous with his time and for that I am so very grateful.  Even more so, being able to shoot an episode of the show with him helped to confirm to me that my race has begun and it is with great humility that I accept the responsibility of grasping that baton firmly in my hand and running full speed ahead. 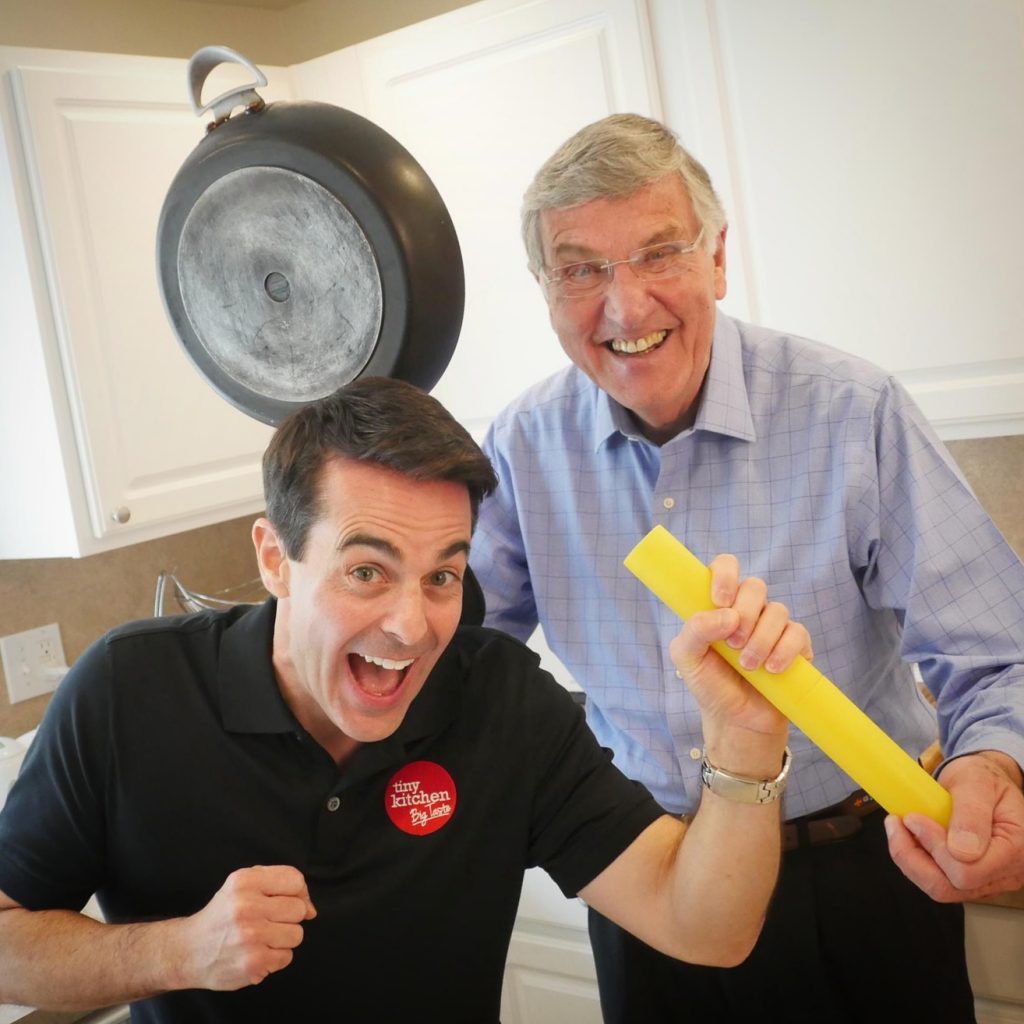 I am excited to share Graham’s recipe for Purple Porridge with you.  It is such a wonderful recipe that is very easy to make…so you have no excuses on why you cannot have a hearty and healthy breakfast that will sustain you throughout your day.

I encourage you to give the recipe a try and I also highly recommend that you to pick up a copy of his latest book, Flash of Silver, to learn more about his life and how he took on and overcame the many obstacles he faced.  It is a story of finding joy through the resilience that God inherently instills within us all.  You can pick up a copy HERE!

I hope you enjoy this episode and can’t wait to hear from you!  I’d love to hear of the memories and stories you have watching Graham over the years! 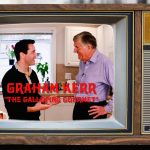 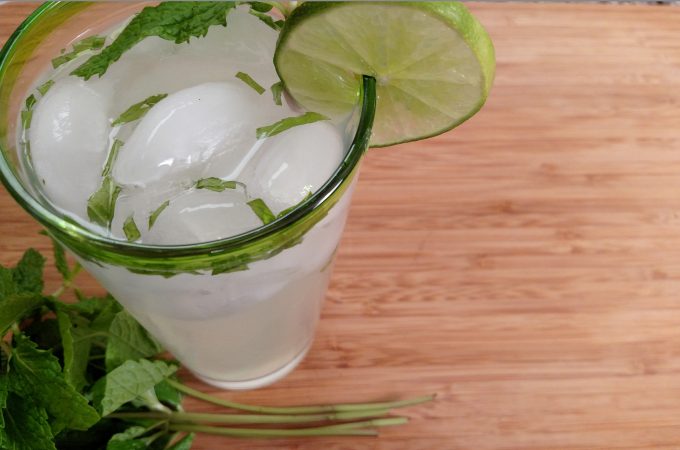 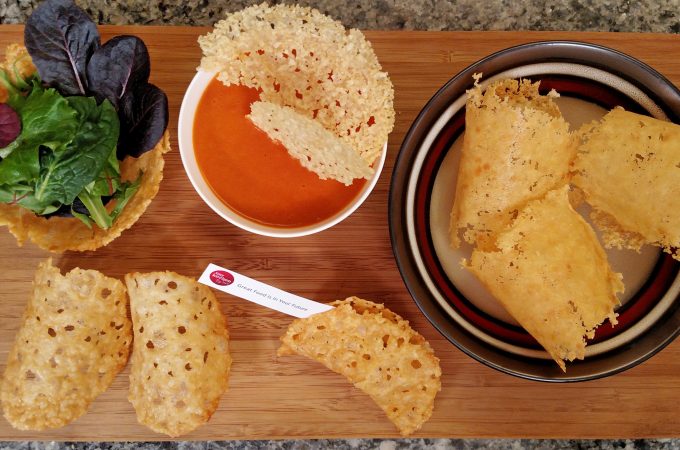 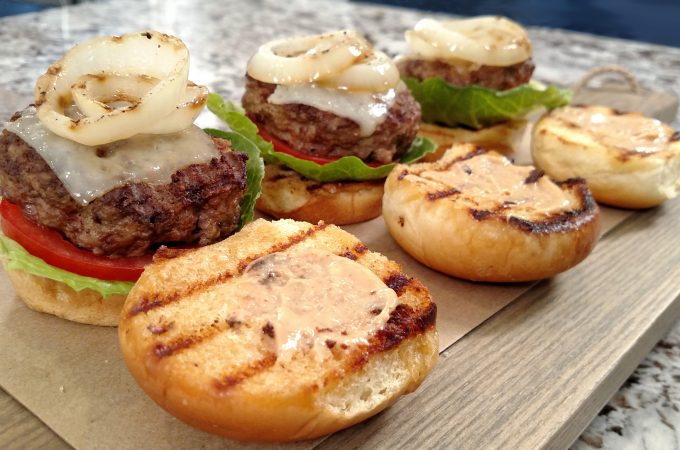