It’s a little overcast here in LA as I write this and, well, it gives me hope that Fall is in the air.  It officially starts this Friday…and it is hands-down my most favorite season of the year.  There is something about the cool, crisp air that just elicits great memories for me.  Plus, with a handful of holidays on the horizon, the anticipation that the season brings is part of the charm, I think.

As a kid, Fall for me meant playing in the falling leaves that would settle on the front lawn of our house in the southeastern suburb of Houston, Clear Lake City…and it also meant going to the Annual NASA Johnson Space Center Chili Cook-off with my family.  Happy. Happy.

That’s me with my Mom and sister, Barbara, at the Chili Cook-off. Look at my face…someone ate too much!

This cook-off was a serious event.  Team after team would get dressed up in costumes or team outfits, decorating their booths to best represent their style of chili.  This cook-off is where I first learned that “real” chili doesn’t have beans.  I was so used to the red kidney beans in the Chili I would get at home that this was a foreign concept to me.  But I quickly got into the chili cook-off groove and with my tasting cup and spoon in hand, I would walk booth to booth in my light blue T-shirt (with Michael emblazoned as an iron-on upon my chest) with a purpose…to get as much chili as I could!  …and I was on a mission to determine which chili was the best.

The chili came in all shapes, colors and sizes.  Ground beef, steak, venison, pork, red chili, brown chili, chunky vegetables, tiny minced veggies…you name it, every chili was different.  Still to this day, I remember some of the distinct flavors that I tasted that day…and when I have something similar to it today, it instantly transports me back to that moment in time when this Chili, which was created by the Ford Flashers team, as they were called, brought home the first place trophy! 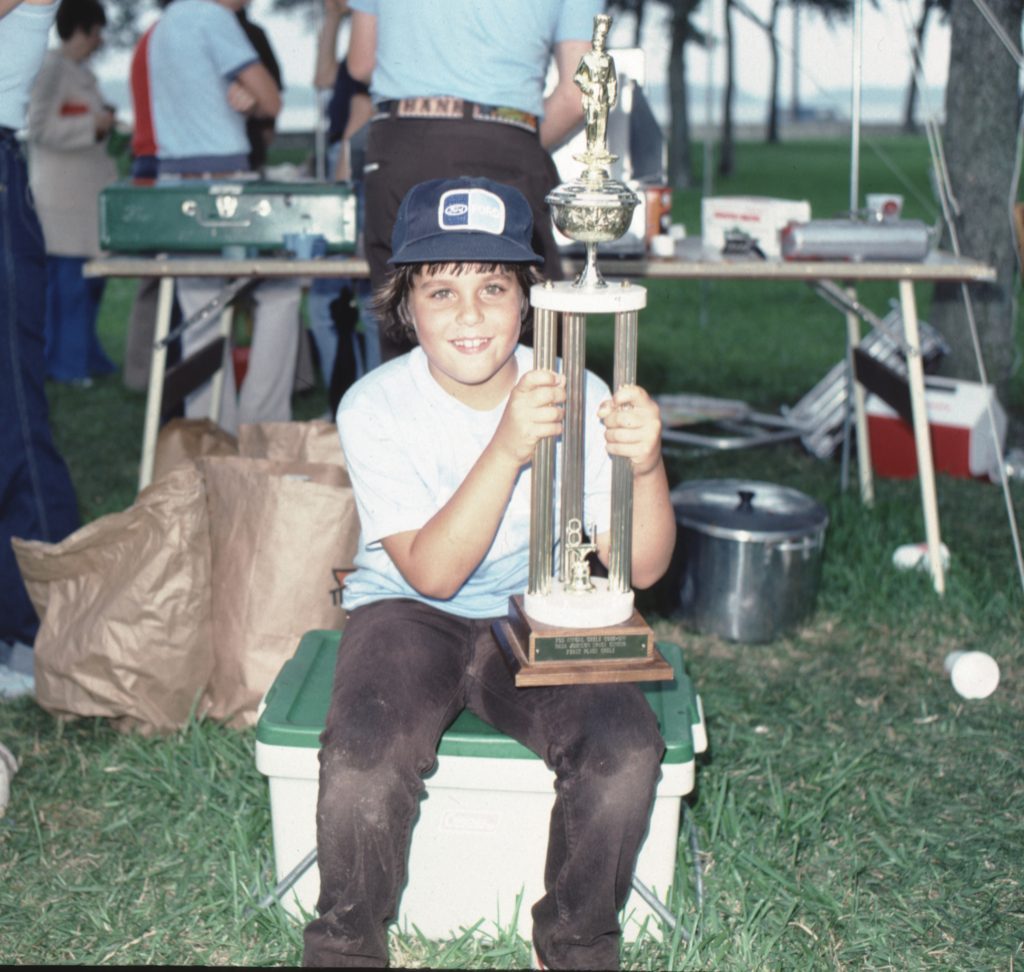 Here I am with the winning trophy.

What I would give going back to that moment in time…with all I know now.  Not about cooking.  But about the history of America and some of the great achievements of the space program.  This was the NASA Johnson Space Center Cook-off, mind you.  This was a special one.  Anybody and everybody who was part of putting people in space (and bringing them home safely) was there.  Even the astronauts who went into space on the Mercury, Gemini, Apollo and Space Shuttle missions were there!

Growing up in a family with your Dad working at NASA was pretty darn cool. I knew it was cool back then when my mom or dad would drive me onto the NASA Johnson Space Center and I would see these huuuuge rockets displayed.   I just didn’t know how cool.

You’ll see me wearing an Apollo XIII hat in this video.  My dad worked on that mission and got the Presidential Medal of Freedom as part of the Mission Operations Team. 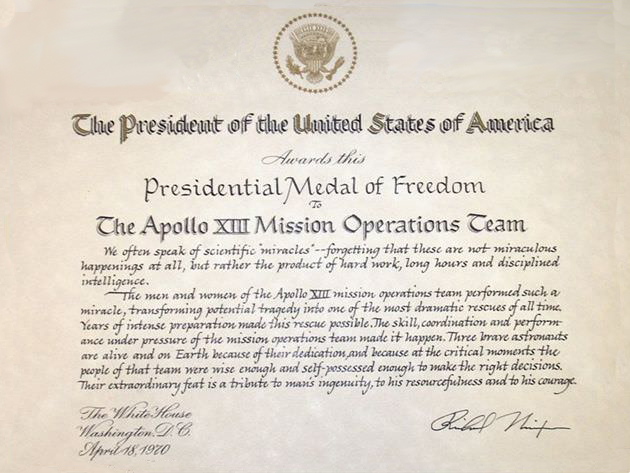 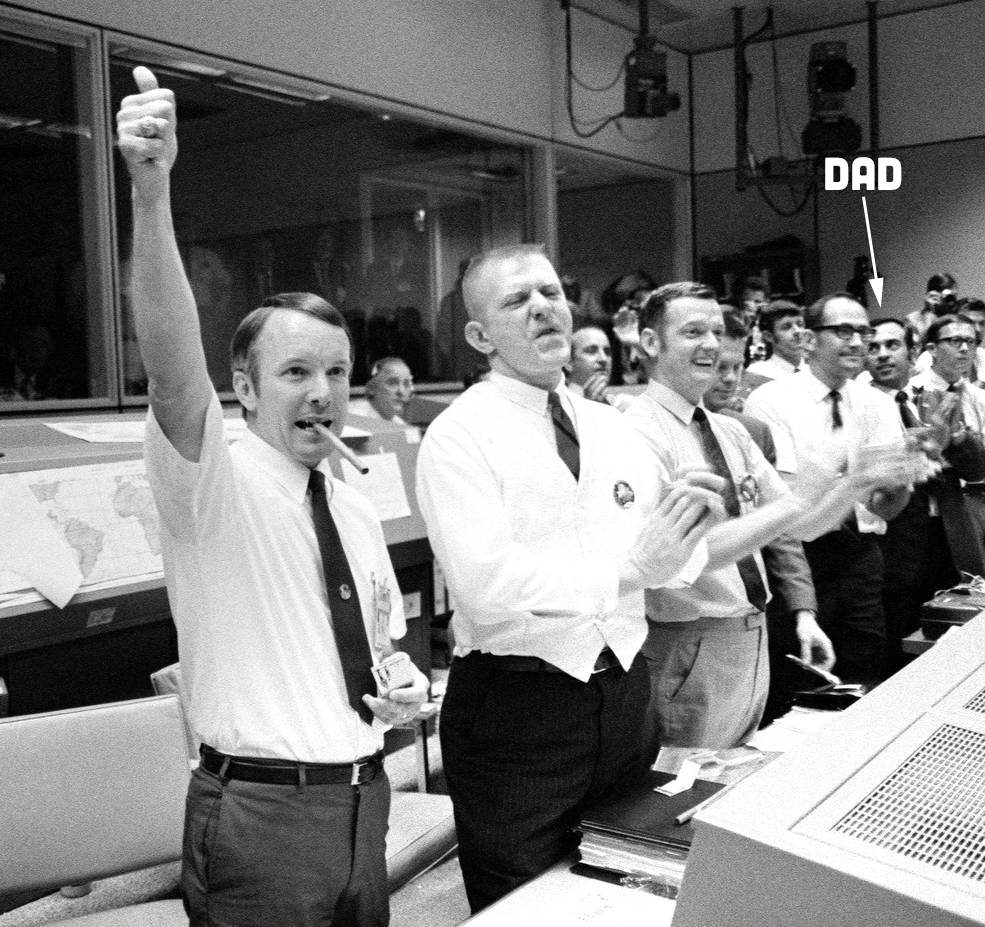 That’s some cool stuff.  You think about the technology you have today in your cell phone.  The folks at NASA sent many people to the moon (and back) on much, much less.  Have you even heard of a slide rule?  A calculator was a pretty advanced piece of machinery back then.  When you look at all the achievements of the Space Program…it’s truly miraculous!

It’s hard to shift gears from talking about such a great part of American history back to a conversation about a bowl of chili…but truthfully, that’s what I love most about food.  It starts conversations.  It brings back memories.  It helps celebrate and salute some of the greatest achievements of all time!

I’d love to hear your memories of the space program…or, if you were born after that time, where do you think we should go next?

While you’re pondering that, how ‘bout cooking up a bowl of this Award-winning Chili and sharing with us how it turned out! 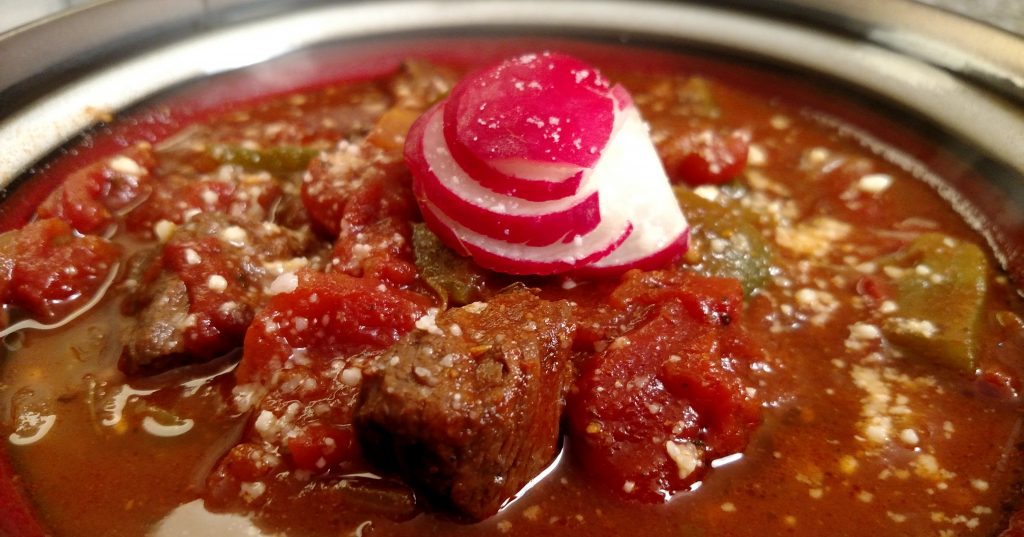 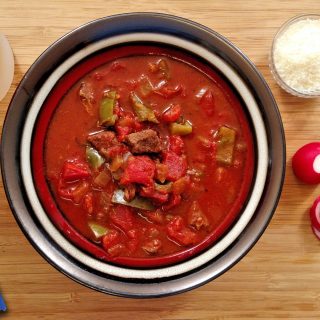 O WHAT YOU'RE GONNA NEED IS:

Take it all to the Stove 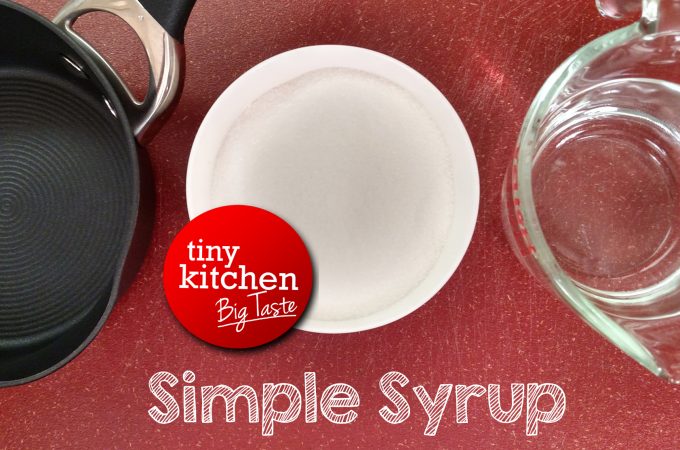 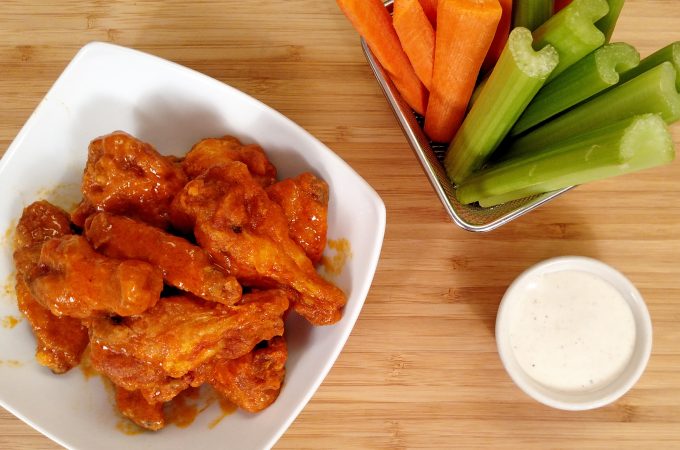 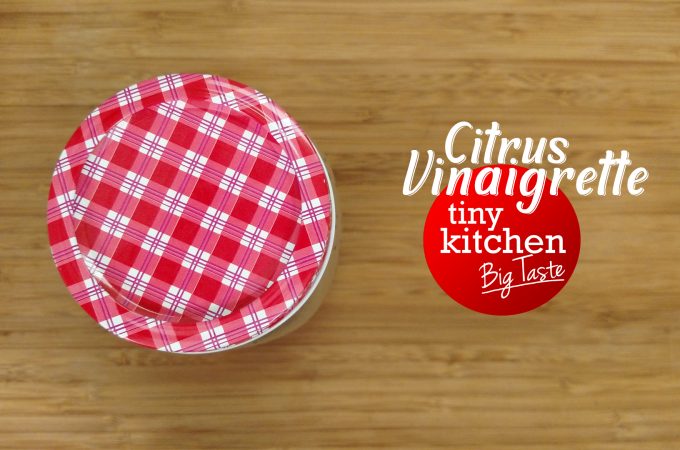